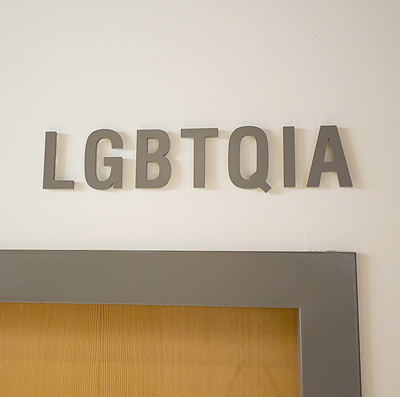 The premise of the title above sounds absurd, and certainly is at face value. Most will agree that the halls of higher education are vital to a healthy society. On the subject of education, Benjamin Franklin said, “An investment in knowledge pays the best interest.” It’s rather foolish to argue against the wisdom of this statement. Education is, after all, a key to a happy, interesting, more meaningful, and more productive life in our society. Education helps to equip us for the future. It provides pathways to necessary skills and expands our minds. It sharpens our intellects and widens our understanding of ourselves and of the world. It teaches us critical thinking and guards us against thought-killing political propaganda and religious ignorance.

The question this editorial raises, more accurately, is whether universities are effectively teaching these skills and ideas to a significant degree any longer. In the social science faculty at Lund University in Sweden, Erik Ringmar cites a rule of thumb used by the staff that at least 40% of the articles on the reading list of a course should be written by women. According to them, this is necessary to give female academics a more prominent voice. After having barely passed the scrutiny of a university-appointed committee in order to teach a course on the rise of right-wing ideas and their ties to fascism, Ringmar was interrupted and bullied by a couple of students in his class who wanted to understand the roles of women during the period of history he was referencing, even though the focus of his lecture had nothing whatsoever to do with gender roles. Nonetheless, his course on old reactionaries was policed and scrutinized because it did not accommodate the quota for the affirmative action of female authors.


“My course passed the course committee but it was a close call. The student representative on the committee was very critical of my ‘lack of focus on gender issues,’ and a number of other committee members agreed. After an extensive discussion, the course was approved — as long as I promised to include Judith Butler, a well-known contemporary post-structuralist feminist, among the nineteenth-century male reactionaries.” —Erik Ringmar

Elsewhere, a proposed Associated Students of the University of California Riverside (ASUCR) Gender Studies requirement unanimously passed in 2014, supporting the implementation of gender studies requirement courses at ASUCR.  This year, they continued to affirm a resolution in support of gender studies requirements, which, if approved by the university’s academic senate, would make such courses mandatory for all incoming students. Not everyone finds this such a great idea. “Such an inherently liberal-leaning class is likely to be perceived as a form of propaganda or indoctrination on behalf of the liberal-leaning administration that would be charged with approving this requirement,” cautiously writes the editorial board of The Highlander. Their solution? “One [alternative] possibility would be turning this requirement into a series of modules that teach various aspects of gender studies.” It’s here we realize how steeped in the game of political correctness even dissenters are in universities, when the suggested alternative is not outright dismissal of such ludicrous thought policing, but of teaching social engineering agendas in sneakier, less invasive “modules.” Nonetheless, the editorial board adds that “there would need to be strict enforcement of this module (e.g. a hold on quarterly registration for anyone who has not completed it), so that students cannot simply ignore it.” So, an instrument of thought control it remains, only in another form. In attempting quasi-dissent against mandatory gender studies, the editors at The Highlander only accomplish demonstrating how hopelessly attached they are to the foregone conclusions of left-leaning thought control.

Meanwhile, a strange reality of compelled speech has formed through the Canadian Bill C-16 and the Law Society of Upper Canada’s new Statement of Principles. Bill C-16, a well-meaning anti-discrimination bill, adds prohibitions against discrimination on the basis of “gender identity” and “gender expression” to the Canadian Human Rights Act, amends the criminal code to protect people against hate speech, and allows judges to make arbitrary calls on whether crimes are motivated by hate and bigotry or something more innocent. In tandem, the Law Society of Upper Canada’s updated Statement of Principles contains an oath all lawyers must undertake in their practices: to support strategies in the legal workplace (and beyond it, where appropriate) that prioritize diversity and inclusion. A strong, independent bar is commonly considered a check and balance against regulatory oppression, but now a condition of your ability to practice law in Ontario is to promise you will make the rule of diversity and inclusion a priority—or else.

Combined, these legal conspiracies invoke chilling effects on college campuses for professors like Jordan Peterson, clinical psychologist and tenured professor of psychology at the University of Toronto, who are increasingly compelled to alter their language to appease the persistent creep of ethics committees in Canadian universities. At the senate hearing of Bill C-16, Peterson was moved to explain why he would refuse to undergo “anti unconscious bias training,” citing, among other things, a lack of credible science behind it. “The science surrounding this so-called charge of implicit bias that’s associated with perception is by no means settled…and is being used absolutely inappropriately,” he stated before the hearing. The fact that a man of his stature must appear before a hearing and articulate why he will not comply with the arrival of nakedly Orwelian regulations seems obscene and laughable, if only it were some form of elaborate satire. But it’s not, and should strike us as a rather concerning mark of left-leaning authoritarianism and its incremental advance toward arresting free speech.

From the day-to-day culture on university grounds, Peterson is seeing a consuming obsession with politically correct speech, emboldened by the new law, especially in the realm of gender-neutral pronouns pushed by the transgender movement. He’s beset on all sides by mobs of narcissistic, non-binary quasi-marxists who are beside themselves as to why he refuses to say their words. “Many disciplines [in universities] have turned into ideological factories,” he explains to Joe Rogan in a discussion about the gender identity controversy, and why he feels that universities do more harm than good now.  “The repository of human wisdom and the attempt to expand that may have already moved outside the universities.” I find that to be an incredibly interesting idea. Universities have accreditation mechanisms that justify their existence, of course, but as Mr. Peterson quips, “they’re doing everything as fast as possible to make their accreditation valueless, anyway.” If universities like Evergreen are any example, he may very well be right about that.

When I think of higher learning teachers, I idealize them as men and women who possess deep and well-rounded knowledge in a particular field they study/practice (Mr. Peterson is exemplary in this respect). While subject to accepted principles of professional responsibility, professors have the natural right to teach, sans interference of some higher authority telling them what to say and how to say it. As a matter of obvious intellectual integrity, they should not be forced to instruct against their conscience, against what they know to be correct for the courses they teach, or forced to include material in their curricula that is irrelevant and/or superfluous, other than to serve a political agenda. But stories we’re hearing out of university culture seem to alarmingly contradict this simple and straightforward premise.

Meanwhile, students who attend universities are navigating the winding roads of life, eager to light the way toward fulfillment and prosperity. They want to equip themselves with the tools needed to succeed in the years to come. They want to expand their minds, not narrow them. They want knowledge, not propaganda. But is this what young minds are being taught today by universities? Or are these places of higher learning, as Peterson so aptly described, little more than ideological factories generating waves of indoctrinated “social justice warriors” agitating for change—change against the patriarchy, change against white maleness, change against the “gender binary,” change against the invisible tyranny of implicit bias? Can we honestly say this is really about education anymore and not designed discord with the intent to intimidate others into thought conformity?

It seems that accreditation is one of the few things left that non-technical universities have going for them. But how long will that conspiracy last? How long will it be before the monetary and psychic vice of so-called higher education is considered too much? How long can students be ground up through the system and expected to pay off the indentured servitude of college loan debt? Maybe the task of education in this increasingly connected age is indeed falling upon the individual and less upon top-heavy institutions. Perhaps sending our children to these bloated, costly, inefficient, and self-aggrandizing echo chambers of activist inanity is not the answer. Maybe the revolution of human knowledge is indeed right at our fingertips, as Peterson suggests. We need only reach out, listen, and learn to think for ourselves, detached from the machinations of politically correct social engineering. Universities are still a reality young minds must contend with, and certainly their value can’t be completely discounted, but I think it’s time we stopped teaching a near religious awe of these institutions and mindless conformity to them. Mark Twain’s words seem more apropos than ever before when we consider intellectual integrity in the modern age: “I have never let my schooling interfere with my education.”

Comments Off on Are Universities Necessary Anymore?