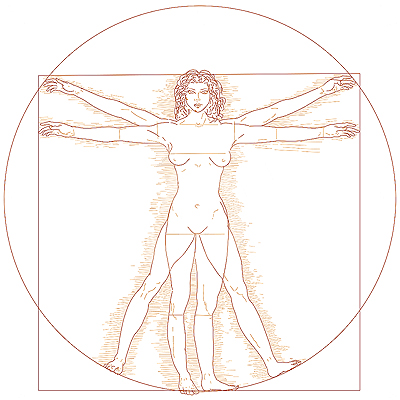 Marcus Vitruvius Pollio (80–15 BC) was an artilleryman, writer, architect, and engineer in the age of Roman antiquity. Celebrated as one of Rome’s first published engineers, Virtruvius described how he saw architecture, ideally, as an imitation of things found in nature. Through all his writings, he is most famous for his three laws of architecture in his book, De Architectura, which asserts that a structure must possess three important qualities: firmitas, utilitas, and venustus. In other words, a building must be solid, useful, and beautiful to be of the utmost worth and utility.

It’s no surprise such philosophy is still followed by architects today, though not necessarily all. Certainly, there are exceptions that transgress Marcus Vitruvius’s laws, such as Frank Lloyd Wright’s Fallingwater Residence in Pennsylvania. Built partly over a natural waterfall, the home, while aesthetically pleasing, has suffered deep structural flaws since its inception. The visual idea was understandably neat, but the practicality of its deflected concrete projections quickly became a concern during its first stages of construction. Building a concrete structure directly over the water presented a humidity problem as well, particularly in regard to the roofing material, which collected condensation from the mists of falling water below.

The John Hancock Tower in Boston, a sixty-story marvel built by I. M. Pei, might serve as another example of structure sacrificed for the ideal of beauty, and thus, in conflict with Vitruvius’s tenets. It is, perhaps, well known how contemporary architecture idealizes narrow, glass-like structures, but the zealous implementation of such an ideal in this tower became deadly. Its bowed walls, nauseating sway and falling glass panes cost Pei’s firm 175 million dollars to fix and years of delay in completing the building.

There are many prevailing examples of sound architectural structures, of course, some of them ancient. The Pantheon in Rome, intended as a temple of all gods, continues to be used today in a state of perfect preservation for worship. The Kukulcán Mayan temple, El Castillo on the site of Chichén Itzá, with its 365 steps, still stands today as an exemplar of Mayan ingenuity, design, and comprehension of time. The Château de Versailles, Louis XIV’s masterpiece (also known as Palace of Versailles), was an opulent home for French nobility during the seventeenth century. Visitors can now tour its many intrigues, such as the Hall of Mirrors and its many beautifully manicured courtyards and gardens. Built from 1506 to 1626, St. Peter’s Basilica in Vatican City is the largest church in the world. This gargantuan building’s celebrated dome was designed and built by Michelangelo himself.

She must have the heart of a willing slave—the spirit of a woman who truly yields her mind, body and spirit to the strength and guidance of the man who leads her. Only then can she be said to possess firmitas.

Modern marvels abound, too. The structural and decorative latticework of steel beams making up Herzog & de Meuron’s Beijing’s National Stadium, otherwise known as “the nest,” is a visual and structural wonder to behold. The elegance and beauty of Durrat Al Bahrain’s urban designs in the blue waters of the Bahraini seas makes it the most unique and striking island city in the world. The Shard in London towers above the surrounding historic architecture as an elegant and striking vision of the future, offering 40-mile views of the skyline at its dagger peak.

There are, of course, many more structures the modern world has to offer—far too many to mention—that heed the three basic principles Vitruvius put forth centuries ago. They are a testament to the wisdom of forming things with sound planning, purpose, and form.

When considering the laws of architecture and the natural appeal organic curves have to the human aesthetic, we can easily see why the beauty of women has inspired more than one visionary (Brazilian architect Oscar Niemeyer, for example), but what of the woman, the source of that inspiration, herself? Can a parallel be found with Vitruvius’s standards in measuring her quality and worth—particularly in her submission—as it relates to the strength of her disposition, the validity of her service, and her outward aesthetic qualities? Let us consider the three standards, to find philosophic parallels with Vitruvius’s laws of architecture within the submissive woman herself. 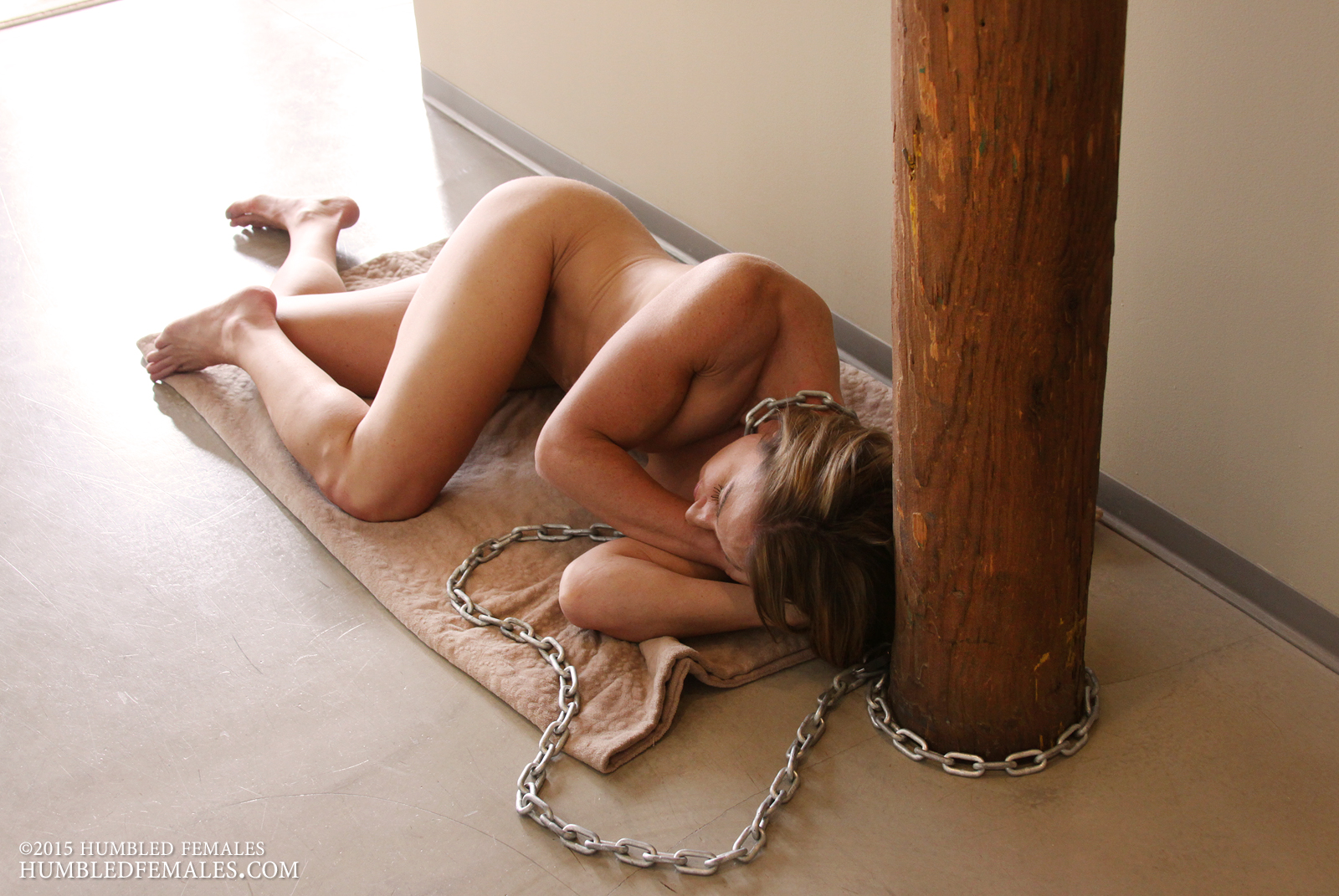 Firmitas
First, a woman must be of sound mind and body before undertaking the demanding role of submission to the man in her life. In this regard, a skeleton of Maslow’s hierarchy of needs is worth review. For the most basic physiological functions, she must have food, water, sleep and shelter. Above this, she must have safety and good health. Further still, a sense of purpose and belonging, and enough confidence to see her usefulness in order to offer it. Finally and most importantly, comes the notion of self-actualization in her submission, the process of knowing it is the right path for her to make peace with herself. This tip of the pyramid, so to speak, is the most crucial in her service to him and where most of the qualities of firmitas will be found, as it speaks to her disposition and understanding of submission. Is she unshakable in her desire to serve? Does she embrace the path of submission to the man she loves, free of unexamined doubt or desire? Does she find a deep fulfillment in serving, or is it merely a means to another end? Will her foundation stand the test of ongoing service to her Master? Is she capable of reliably plying her feminine ego toward finding sole approval and validation in the pleasure of her master?

For her servitude to be strong and dependable, it must be felt and offered with sincere conviction, motivated not only by the external (the master), but the internal (a drive to serve and please that reaches to her innermost core). She must have the heart of a willing slave—the spirit of a woman who truly yields her mind, body and spirit to the strength and guidance of the man who leads her. Only then can she be said to possess firmitas. 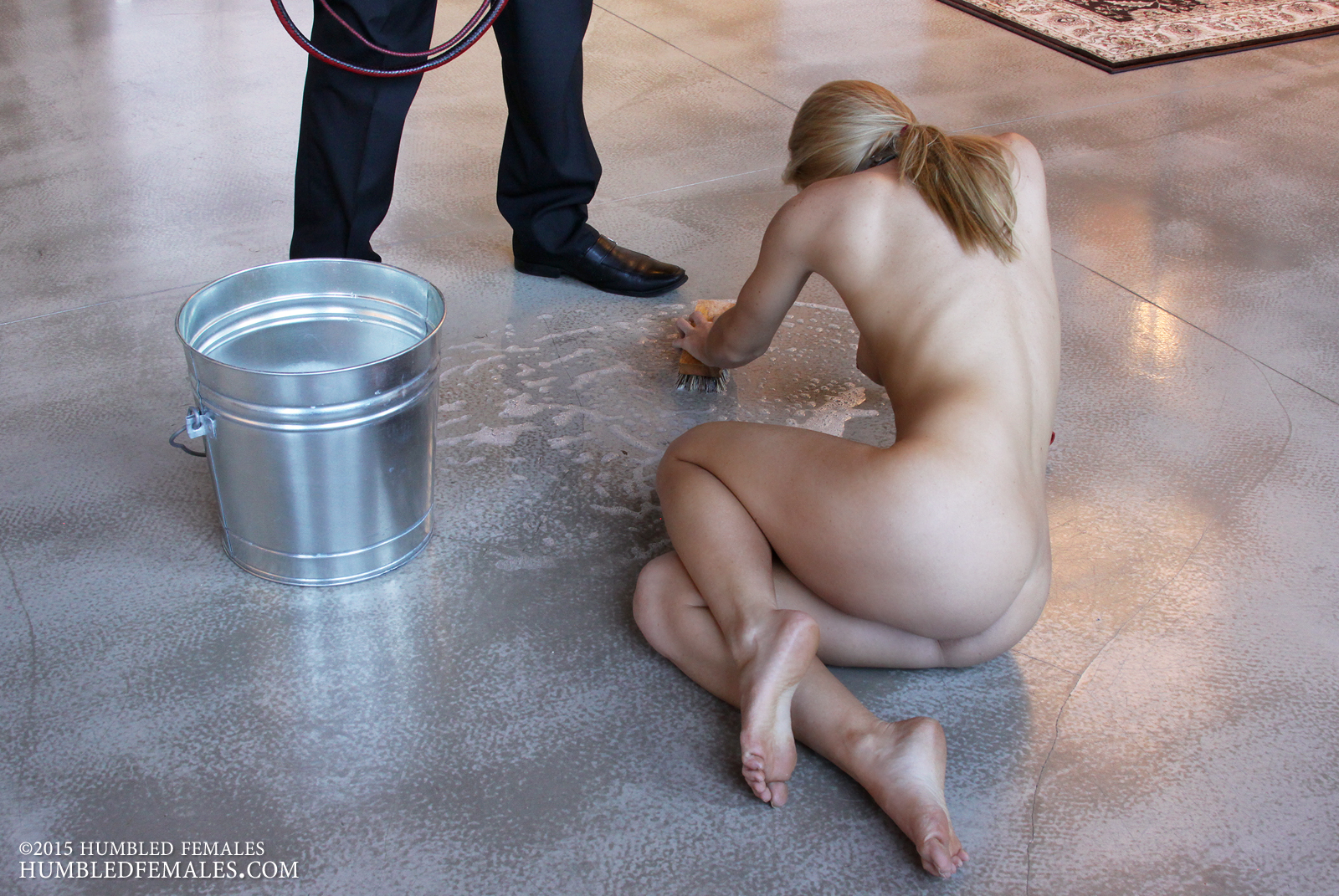 Utilitas
What worth does submission have if it does not provide function and commodity to enrich and improve the life of the one served? What real service lies only in a sensual veneer? The humbled female does not complacently offer her sexual charms with the notion these alone will suffice; she prostrates physically—and metaphysically—before her man, relinquishing her flesh and attuning her mind for his ultimate use and possession, and she does so with consuming desire. She knows submission isn’t merely erecting delicate staging with a pretty facade for surface pleasures. Just as it would be inadequate to build a structure with no discernible purpose, so too is a woman’s servitude meaningless if it stands as little more than sensual affectation.

Giving of her body for pleasure and breeding, tending to daily responsibilities such as cooking, cleaning the household and earning income (if allowed), when given unconditionally for the sole use and advantage of her Master, are the marks of a real and tangible benefit to submission. 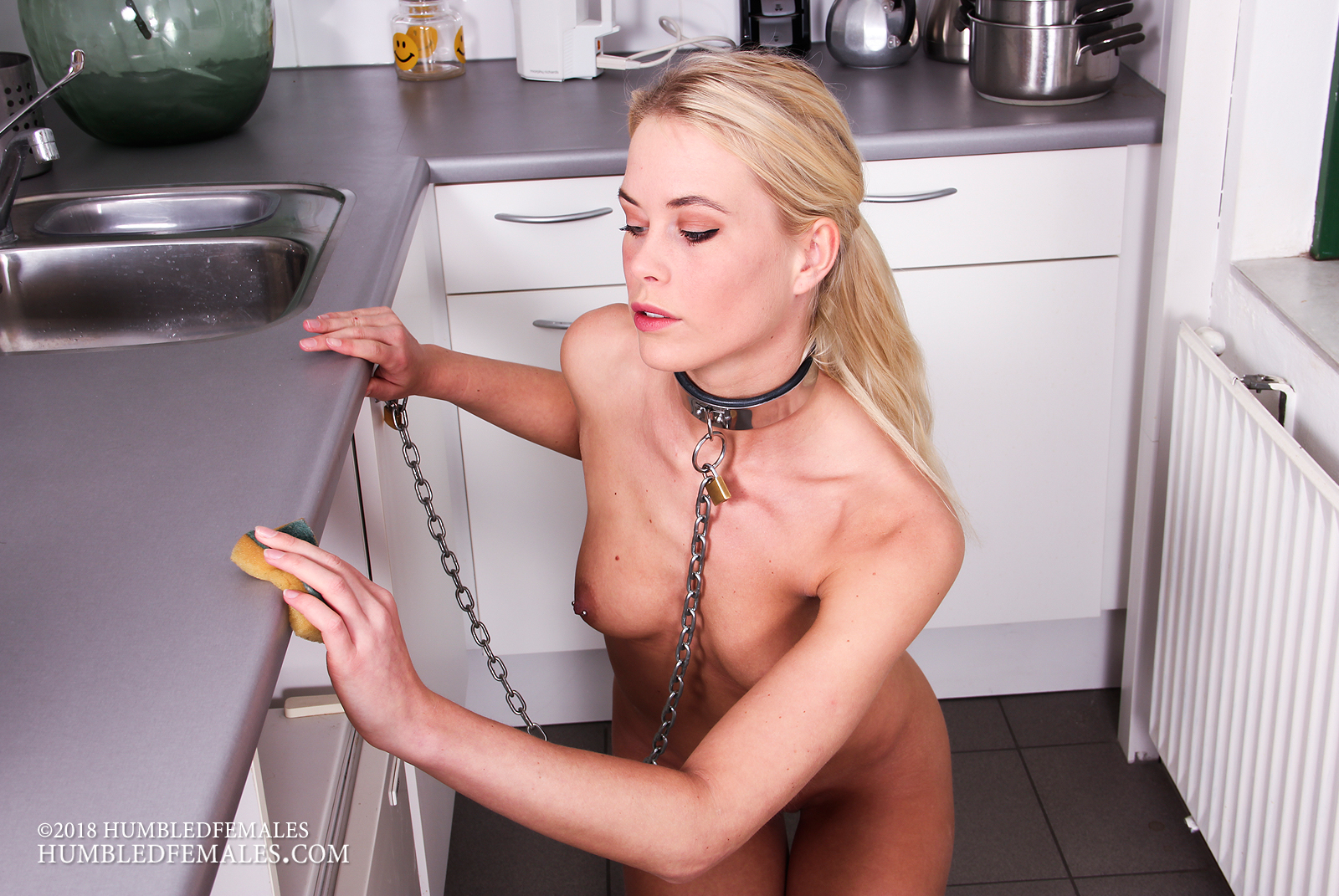 Venustus
The beauty of the feminine has been celebrated, honed and sought after since time out of mind, and the reason is obvious: female beauty is, naturally, a great source of pleasure to males. From a purely biological perspective, the woman’s body is a testament to the harmony of functionality and form: her body is designed to attract and entice, thus fulfilling her reproductive purpose. The mating imperative alone naturally entices women to embrace their visual appeal in order to attract mates. While humans make use of physical attractiveness (and sexuality in general) for a host of other purposes in society, sex appeal’s primary purpose is plain enough to see. Since giving pleasure is a great part of submission, it only makes sense for women to pay attention to their bodies, to care for them and shape them to be pleasing to the eyes of those they would serve.

That aside, the question in regards to servitude still remains: is beauty really all that important? Regardless of aesthetics, a woman is, of course, still a good servant if her conviction and loyalty is strong and her service remains fruitful. These first two principles, strength and utility, are easy to see as valuable. Beauty, however, may be considered to be of lesser importance, but just as architecture does not stop with the foundation and plumbing, so too should the woman value her outer appearance.  Her aesthetic lends elegance and pleasure to the former qualities, and thus enhances her service. A woman who abandons care of her body abandons the delight her natural beauty brings; it behooves her to guard and maintain it, so as to enrich her service, overall.

We have looked at three qualities in a woman that allow her submission to stand the test of time and trial in service. First, she must be strong. This isn’t merely a matter of physical health, but of resolve, accountability and actualization in the fulfillment submission brings to her. Second, she must bring advantage and commodity in her service; there is no value in a facade of submission—an ephemeral gift that only serves the giver. If her service adds to the pleasure and gain of the one she serves, it is more than sensual affectation. Third, she must compliment these good traits with her physical aesthetic so as to make herself pleasing to the eye.

Considering how easily Vitruvius’s laws can be paralleled to three of the most vital components in a woman’s service, it would seem his standards make a generally good and easy to remember philosophic guide by which to judge not only physical structures, but the intangible qualities of ideal servitude. While there is much more to discuss in terms of the depth of quality submission, strength of conviction, usefulness of service and beauty of form certainly cover the most vital parts.

Note about the art: the Vitruvian Man, from which this art is derived, correlates ideal human proportions, not only with geometry, but with the workings of the Universe itself. It represents Vitruvius’s “Canon of Proportions,” and was drawn by Leonardo da Vinci, circa 1487.