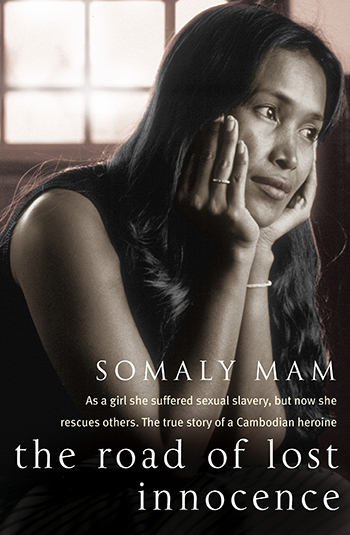 On the tail end of Newsweek’s recent cover story about sex, slavery, and the slippery truth, anti-sex trafficking activist Somaly Mam—considered among one of Time’s most influential women in the world—has resigned from her own foundation.

Mam claimed to have rescued thousands of women and girls from the clutches of sex trafficking. Not only that, she has repeatedly asserted that her passion to help these women has come from her own abuse at the hands of sex traffickers.

That a former escaped sex slave from Cambodia would later on become the co-founder of AFESIP (Agir Pour Les Femmes en Situation Précaire, otherwise known as Helping Women in Danger) and rise to celebrity status in order to fight the evils of human trafficking rings with a magnetism of poetic justice that is irresistibly seductive—especially for the political climate in the modern West. It was an inspiring story—so inspiring, in fact, that it won over many high profile women, like Hillary Clinton, Meg Ryan, Susan Sarandon, and Shay Mitchel. Mam also attracted the attentions of Brandee Barker, whom the New York Times recently dubbed the most sought after image consultant in the start-up world, along with Sheryl Sandberg, COO of Facebook, an avid feminist (Ban Bossy Campaign), and author of Lean In: Women, Work, and the Will to Lead.

In Somaly Mam, the world had a pretty face for the fight against the sex trafficking of women and girls. Her ghost-written book, The Road of Lost Innocence, became an international bestseller in 2005. Since then, she has raised millions of dollars across the globe with her astonishing story and courted many influential figures in media, industry, and politics to her cause. She was larger than life, a saint bent on rescuing the exploited. She was a modern “from the trenches” heroine for the fight against the exploitation of women around the world, a figure standing up against untold evils of sex trafficking. And she was a complete lie, as it turns out.

Simon Marks of Newsweek wrote a scathing and rather thorough article alleging that Mam was, indeed, never kidnapped and forced into sexual slavery. Through tracing her roots back to her home village and questioning old relatives or neighbors who remembered her, Marks unraveled what later came to be discovered as a grandiose fabrication on the part of Somaly Mam.

The deception, as Marks went on to point out, doesn’t stop there, either. In 1989 she apparently coached Meas Ratha, another supposed outspoken victim—and subsequently one of AFESIP’s biggest stars—into giving a convincing performance on French television about how she was sold to a brothel and forced to work as a sex slave. Ratha eventually confessed that her story was a complete fabrication—and a carefully rehearsed fabrication, at that. In 2009, Nicholas Kristof of The New York Times wrote about a girl named Long Pross, who had her own dark tale to tell about her sexual slavery and torture, where she was beaten with electric wires and cruelly disfigured. Pross also told this heart wrenching story on Oprah to a moved audience, but as with Somaly Mam herself, Pross’s relatives and neighbors back home had a much different tale to tell, and one that eventually exposed her story as more than just a little misleading.

Following Simon Marks’ article in Newsweek, AFESIP began its own investigation, and shortly thereafter, Somaly Mam stepped down from the very foundation she found and helped to build. Mam’s scandalous fall from grace leaves quite a few high profile figures in a bit of an awkward position, you might say. What struck me about this story was how eager it seems many were to believe these sensational tales for the politically cohesive effect they had. Chief among those with egg on their faces would probably be our beloved feminist capitalist, Sheryl Sandberg, who took on the role of an advisory board member in Somaly Mam’s organization herself.

What inevitably comes to mind while contemplating the above is the absence of due diligence and the discipline of responsible scrutiny. Where was this diligence when powerful women, like Sandberg, aligned with the fashionable and politically expedient boost that Somaly Mam represented? Is it any wonder that so many of those who seek to champion feminine goals of “unity” can be so very easily duped into going along with a likely tale they are all too eager to believe in order to forward the goals of their victim politics?

And that question leads to another, far broader one: why do we, as members of the human species, so often enjoy bending truth or not looking for it well enough between the lines in order to rush along a power grab for our own causes? Where the subject of sex slavery is concerned, this raises another important if not uneasy question, too: how large of a problem is human sex trafficking, really? To what degree have we allowed the sensation of certain stories and accounts over subjects that capture our imaginations to warp our perception of what’s truly happening in the world? I’m not certain I can answer that question, as it’s really an unknown quantity and I certainly don’t have enough data to even begin fathoming it. I certainly don’t deny that the evil of forced sex slavery exists throughout the world, but what I do wonder, especially since the Somaly Mam scandal, is to what degree these ideas of sex trafficking have stimulated the West’s imagination and galvanized the politics of feminine protectionism.

If anyone questions that sense of feminine favoritism/protectionism within the forefront of our political consciousness, consider the recent kidnapping of 276 Nigerian girls by Boko Haram. By now, we’ve all heard of this atrocity from nearly every corner of the media and the Internet, but how many of you ever heard of Boko Haram attacking a dormitory and shooting or slitting the throats of 59 boys this past February 25th? If you never did, don’t feel bad: the event was almost completely ignored by Western media. Washington didn’t commit to dispatching American intelligence and military advisers to West Africa to investigate the matter, as they did recently with the news of the missing girls. It should also be added, to further underscore the point, that February 25th did not mark the first date of atrocities committed by Boko Haram—not by a long shot.

So we find ourselves wondering why the press was rallied so fervently when young women were kidnapped and possibly sold into slavery, but ignored the event of young boys being slaughtered. Could it be that anything scandalous or tragic having to do with the oppressions of women is the right reason to get alarmed in the Western media and even government today?  If so, what are the cultural reasons for this attitude? Does the scandal surrounding Somaly Mam and her cynical masquerade to pull at our heartstrings allow us all a moment to look into the mirror and ask ourselves some of these inconvenient questions?