Article: Transgenderism in Society: A Crumbling Within 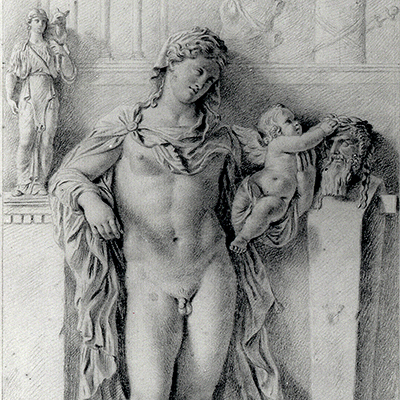 It’s not especially novel at this time to observe and discuss wayward trends in cultural direction, especially in spaces like ours. It may come as no surprise to readers, for instance, that Humbled Females sees a decidedly progressive or “woke” agenda throughout Western society, the pall of which covers everything from the pariah of sexism to the specter of institutional racism. There is much ado about these subjects in politics, in higher education, online, on talk shows, podcasts, and in everyday conversation, and so naturally there would come a time when we’d want to make our position clear within the community, as we do not shy away from commenting on other socially sensitive subjects. We have spoken critically about the demonization of those recognizing differences between the sexes and the related rise of feminism’s corrupting influence quite often, as one would expect us to, given our interests. In this article we’re shifting away from directly criticizing feminism and targeting an adjacent social influence: the transgender movement in its intellectual, cultural, and political activist form. It has been a long time coming, frankly. We have avoided writing anything particular on the subject due to its sensitive nature, but given our core philosophy about the reality of sex, and further contrasting it with the growing influence of transgenderism, which seems bent on obfuscating that reality entirely, this address was inevitable. From Twitter to Scientific American to the APA itself, attacking the truth of sex for the political motivations of a very small group has risen to the forefront of the social justice lens. The way transgender men, in particular, have co-opted the definition of women is obviously of grave concern to us, for we have very particular ideas about what constitutes the adult female sex. Enabled with the antecedent of intersectional feminism and its ideas of equivalence between the sexes, transgenderism—as political animal or as personal truth—has gained a worrisome foothold in the Western psyche, one already addled with the modern rot of political correctness, its people primed at early ages to accept a host of radical ideas that defy common sense, even reality itself. The idea that women are just as capable as men at all things, that there are really no fundamental differences between the sexes, and any extent to which this seems the case can be laid at the feet of cultural influence is just one such example of said lunacy. Transgenderism seems to be following in the practiced footsteps of feminism’s playbook, taking the discussion of the sexes to a new frontier: one of complete blurring…

Comments Off on Article: Transgenderism in Society: A Crumbling Within