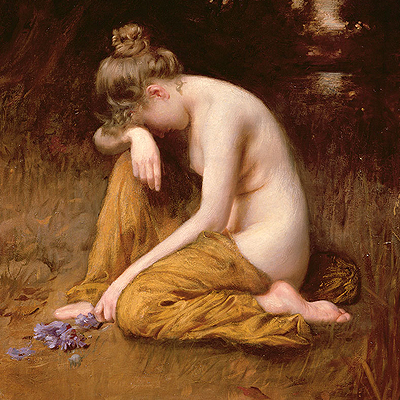 Soon we’ll be publishing an article about a lost cause: an egotistical schemer of a woman who is blind to her own faults and imagines herself to be the most exemplary servant of love who ever lived, when she is actually a pestilence to any man who decides to try showing her what grace in submission is. That article, “How to be a Bad Slave,” should not be confused with this one which, although its descriptions of female behavior may sound bad, is not one-tenth as horrific as the depictions of that paragon of deception described in the title above. If the female in that other article could be described as committing felony after felony, we’d have to say that, in comparison, what follows here are misdemeanors. That is not to say that there are no overlaps between the two articles. Often bad slaves start in bad ways. Sometimes there is an assumption, a miscalculation, an oversight, or a hidden personality flaw described in what follows that becomes the point of origin for something much worse in the relationship later on down the road.

Below are ten of the most common pathways to deceit and self-sabotage women walk when attempting to show submission to men, particularly with the intent to serve as slaves. This list comes from years of empirical experience in dealing with such women from the perspectives of a…

Comments Off on Article: The Ten Biggest Mistakes Women Make  When They Want to Serve a Man