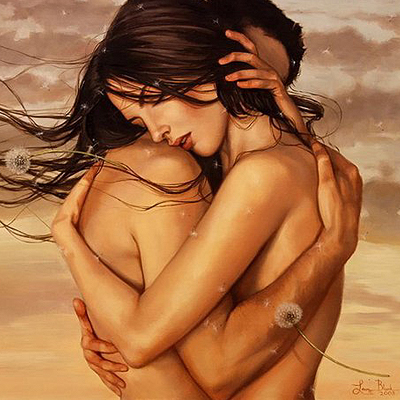 I recently stumbled upon an amusing Glamour.com article offering some advice to women about how to attract a man and get him to approach them. In it, women are advised to smile a lot, radiate positive energy, and avoid hanging out in groups, for, as the article goes on to explain, “men are terrified to approach a big group of girls.”

We knew this from the outset of the article, anyway, where it asserted that “men are total wusses when it comes to approaching women.” But the ultimate pearl of wisdom gleaned from the author, shocking in its progressive daring, came from the advice that women should be “easy to approach, but hard to obtain!” Not that this deviates one iota from what women have been told all along since, well, I or anyone else can remember: such attitudes regurgitated over and over reflect the common mores of culture where it comes to courting. But in a world where equality between the sexes is now rigidly upheld as right and good, such convenient gynocentrism about dating and mating only manages to come across as yet another odd double standard churned out from the cultural Bermuda Triangle that is modern female entitlement: serenely self-satisfied women indifferently wait and men do the work (and take the risks) in approaching first. It’s an idea many of us have accepted as “natural.”

“But that’s how it has always been,” one young lady caught up in this discussion with me apologetically protests. “Someone has to be the pursuer and if we waited for women all the time, well…I think there’d be a hell of a lot less people on the planet.” I can’t say she’s necessarily wrong that men are naturally driven to pursue things in different ways than women, and it’s true that many men seem to enjoy the thrill of the hunt where it comes to sexual pursuits, but is this to say women don’t have strong sex drives of their own? Is it to say they don’t necessarily care about finding relationships as much as men? Only a fool who knew nothing about women, or a blinkered young lady completely oblivious to entitlements of her sex, would assume so.

Comments Off on Article: Carpe Virum